Rehbock
a German test equipment, which could accurately calibrate the radar's range reading

The Germans used a very cleverly designed apparatus, which employed piezo-electric and acoustic phenomena in either directions. It is based on the fact that "time and range" are proportional.

This contribution is based upon my year 2000 London Symposium paper. 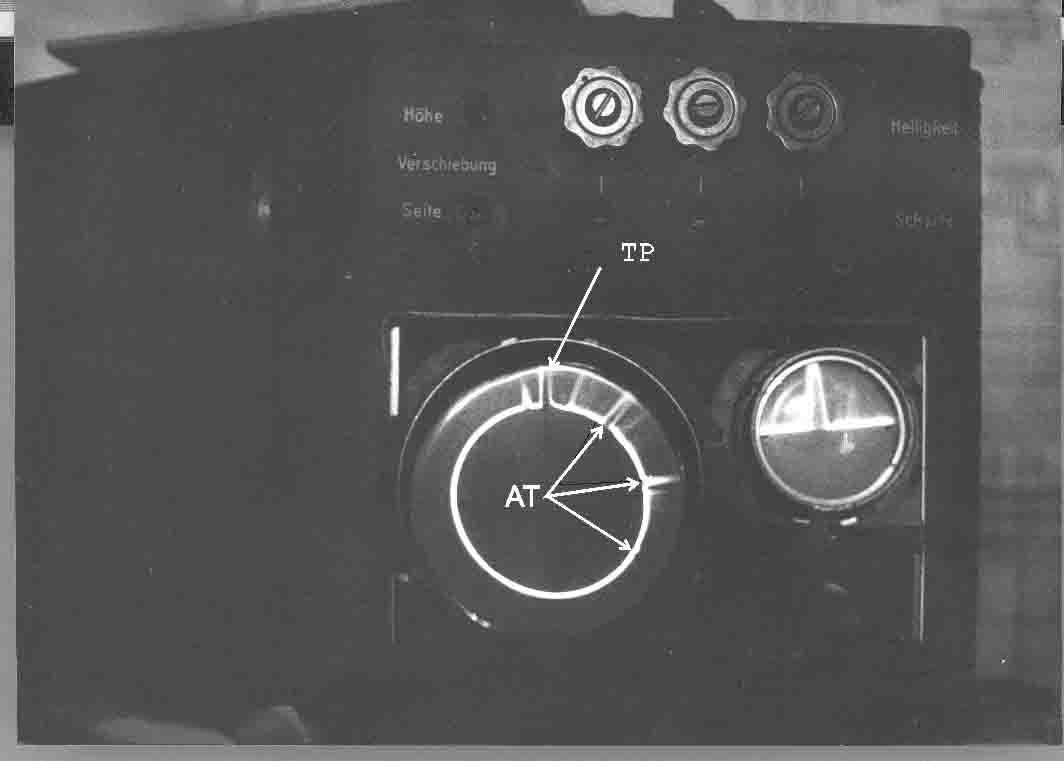 Shown is, a screen photo from a Würzburg radar display unit ANG 62, which was taken in 1983/84. Employing the Würzburg apparatus (FuSE62 D - FuG 62 D) electrically. The radar pulse (TP) was absorbed in a dummy load. Parallel onto it, was linked the Rehbock FZG 64 range calibrator unit. For this occasion, the Urechse SÜ 62d transmitter and receiver module was set at ≈ 525 MHz (Insel B). Consider also my Würzburg book: Deckname Würzburg (Wuerzburg, Wurzburg), and: Exhibits

Consider for description (pdf): Rehbock a German test equipment, which could accurately calibrate the radar's range reading; and consider also my patent selection: Patent DE (enter search-word: Rehbock and about 12 references on this subject will be showed) For those not acquainted with this kind of searching, please click first on: PDF documents, how to to approach it for keywords effectively, and follow the instruction.

Back to: subject details