Our Foundation keeps the photographs and documents left, after KPN (the successor of the former Dutch PTT) had departed “Building A”, in June 2001. Since recently (medio 2004), this building is owned by both the Province of Gelderland and the City of Apeldoorn. But, still discussions are going on whether or not it should have a public function.
Albeit, we also have materials on internal discussion between the board of the Dutch PTT in the Hague and the management of Radio Kootwijk, concerning Kootwijk getting the status of “National Heritage” (about 1980).

Radio Kootwijk operations (transmissions) stopped just before 15:30 UTC on 31 December 1998. In the final years, Kootwijk handled most of the wireless traffic of “Radio Scheveningen” (PCH xx)(ship-shore communications). Nevertheless, before the era of satellites, Radio Kootwijk was the “main” long distance wireless station in Holland used for international telephone and telex communications, which in those days were (regularly) handled by state owned organisations.

We have photos and some technical documentation of systems and transmitters, associated to Kootwijk operations.

We exhibit, among other things, “Dr. Koomans'” famous receiver, which was a multi-channel single sideband (SSB) installation. It had been used for telephone communications between Holland and Dutch-East-Indies (now Indonesia) in the 1930s. Koomans' concept was quite unique and was the first shortwave intercontinental system of its kind. He gave, about 1938, also lectures on this technology in the US (IRE).

Inscriptions found inside some cabinets show us, that it is likely that this receiver was built in 1940. However, there are also indications that repairs took place in 1943 which might implicate, that the Germans have employed it for their own tactical purposes.
It is known, that the Germans intercepted strategic telephone conversations between Churchill and Roosevelt in 1943. This German secret interception service was code-named “Forschungstelle Langeveld”, which was a branch of the “Reichspost” in Berlin (RPZ). They employed mainly such kinds of Dutch PTT receivers though, the decoding technology came from German services.
There are also indications, that this receiver had been used shortly after World War Two had come to an end (<1948), likely, due to lack of adequate systems (and foreign currencies). We must bear in mind, that the German occupation of western European countries took a great toll (burden). 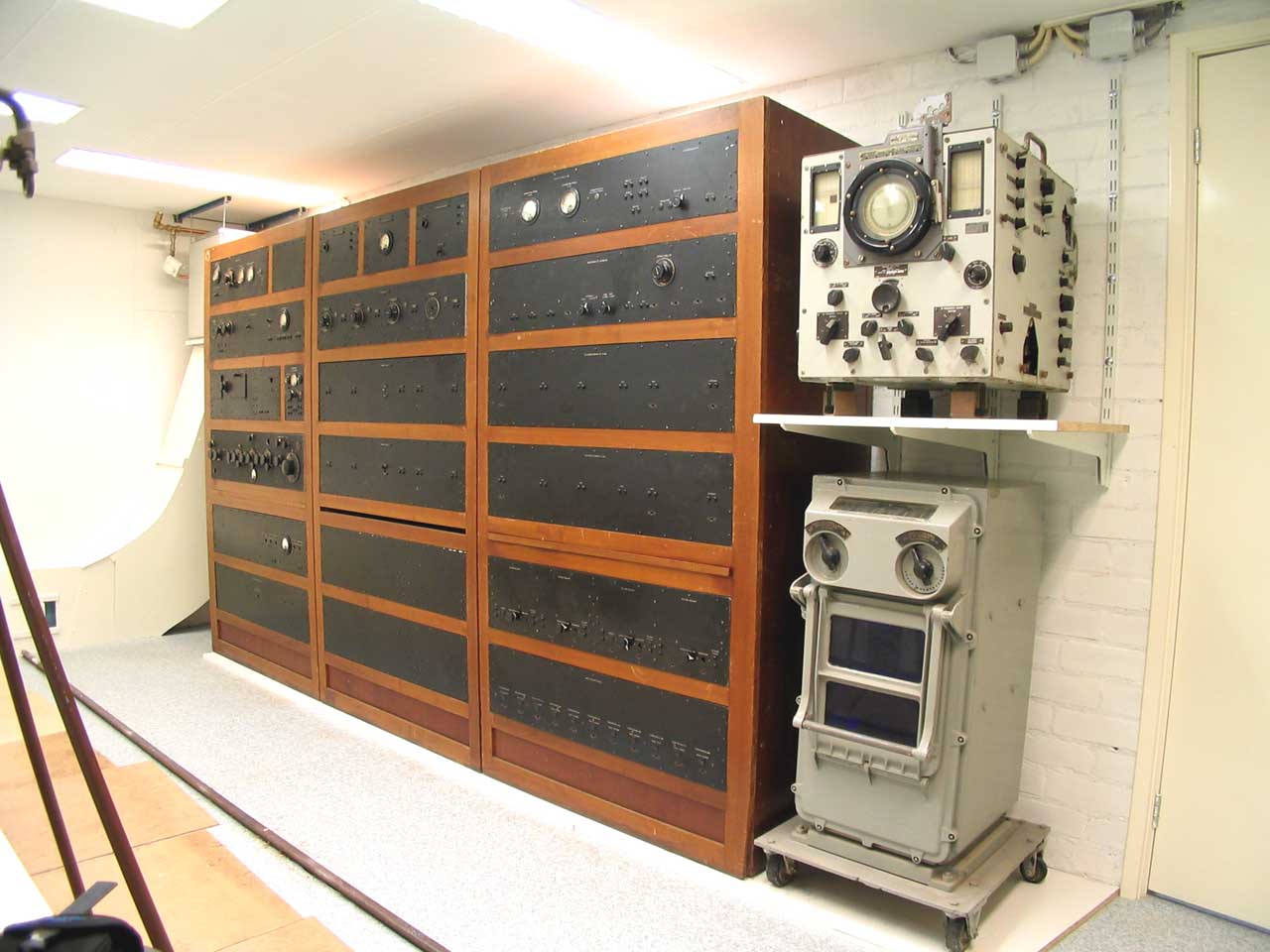 Below is a German: Freya or Seetakt high tension radar power supply

Back to Kootwijk archives starting page

Back to subject details

Back to ONS 5 Pelican