Its principle, has much in common with Schering's Vibration type Galvanometers 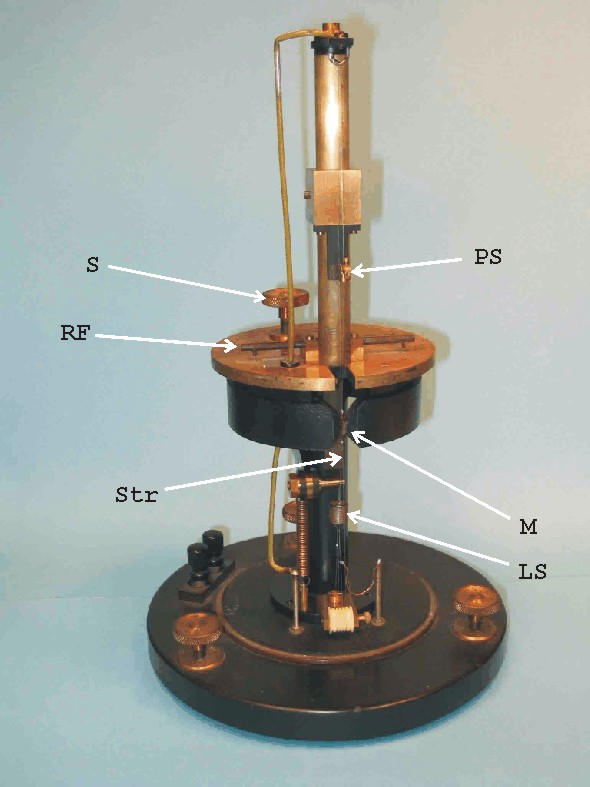 M = Mirror, being kit on a small body, which is supported by the a pair of upper and lower strings

LS = Spring, loading the tension of the vibrational strings (wires)

PS = Small pulley sheave, which has to adjust the vibrating-length of the string

RF = The pulley sheave position can be moved up and downwards by means of RF, as to tune (adjust) the galvanometer at its appropriate resonance frequency (viz. the optimal length of the string). We may think of frequencies of 25 - 125 Hz

By adjusting (tuning) the vibrational system at its resonant frequency (by means of RF and S), the Q-factor of this arrangement will amplify the system sensitivity, considerably 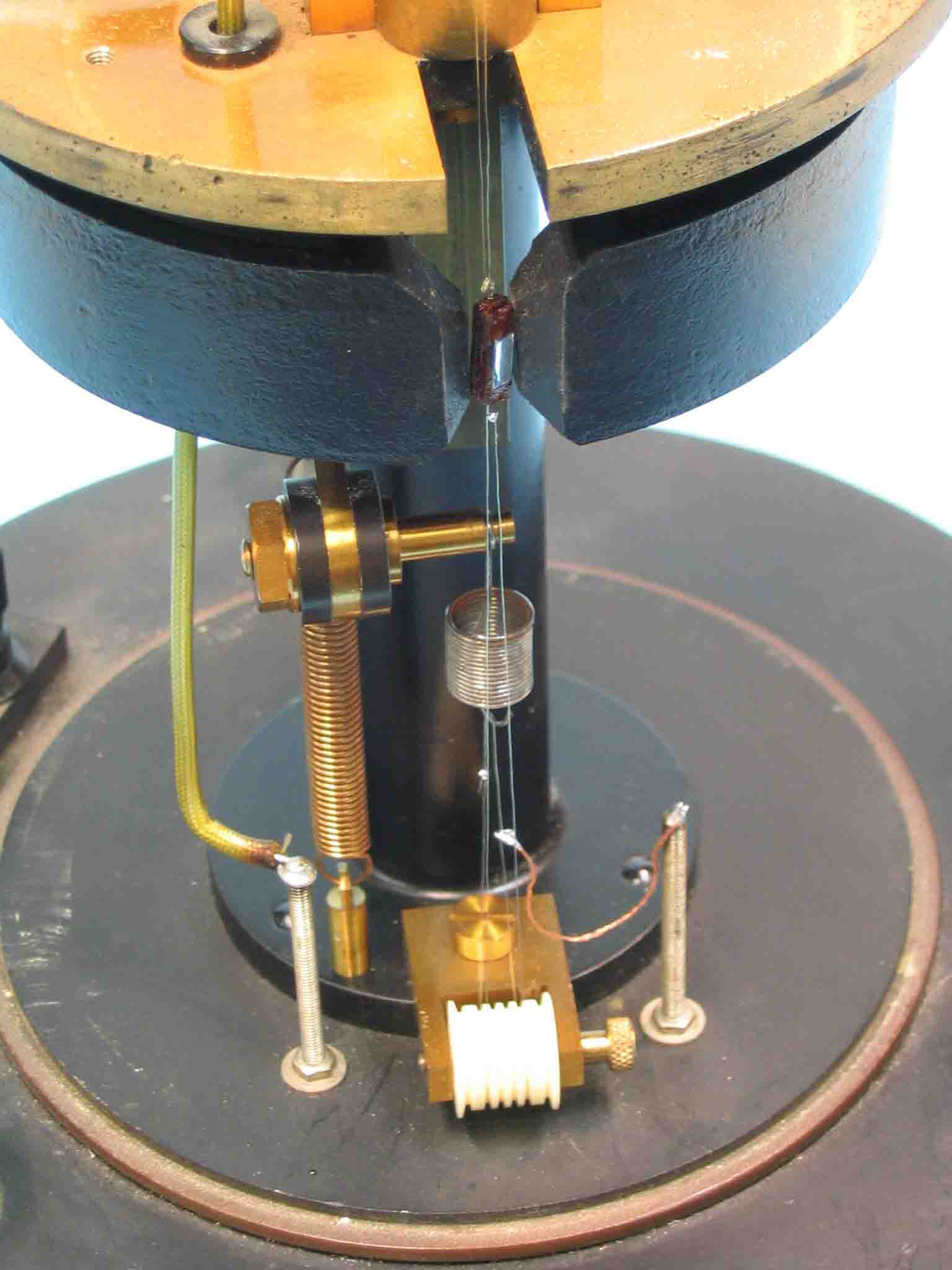 Details of the lower section of Campbell’s type vibration-galvanometer.

It can be seen, that the small device in the middle of the magnetic gap, is being positioned by means of two strings (wires) on either side. The small mirror is facing a bit out of the centre of the system. We have decided to leave it that way, as to prevent irreversible damage of this device. 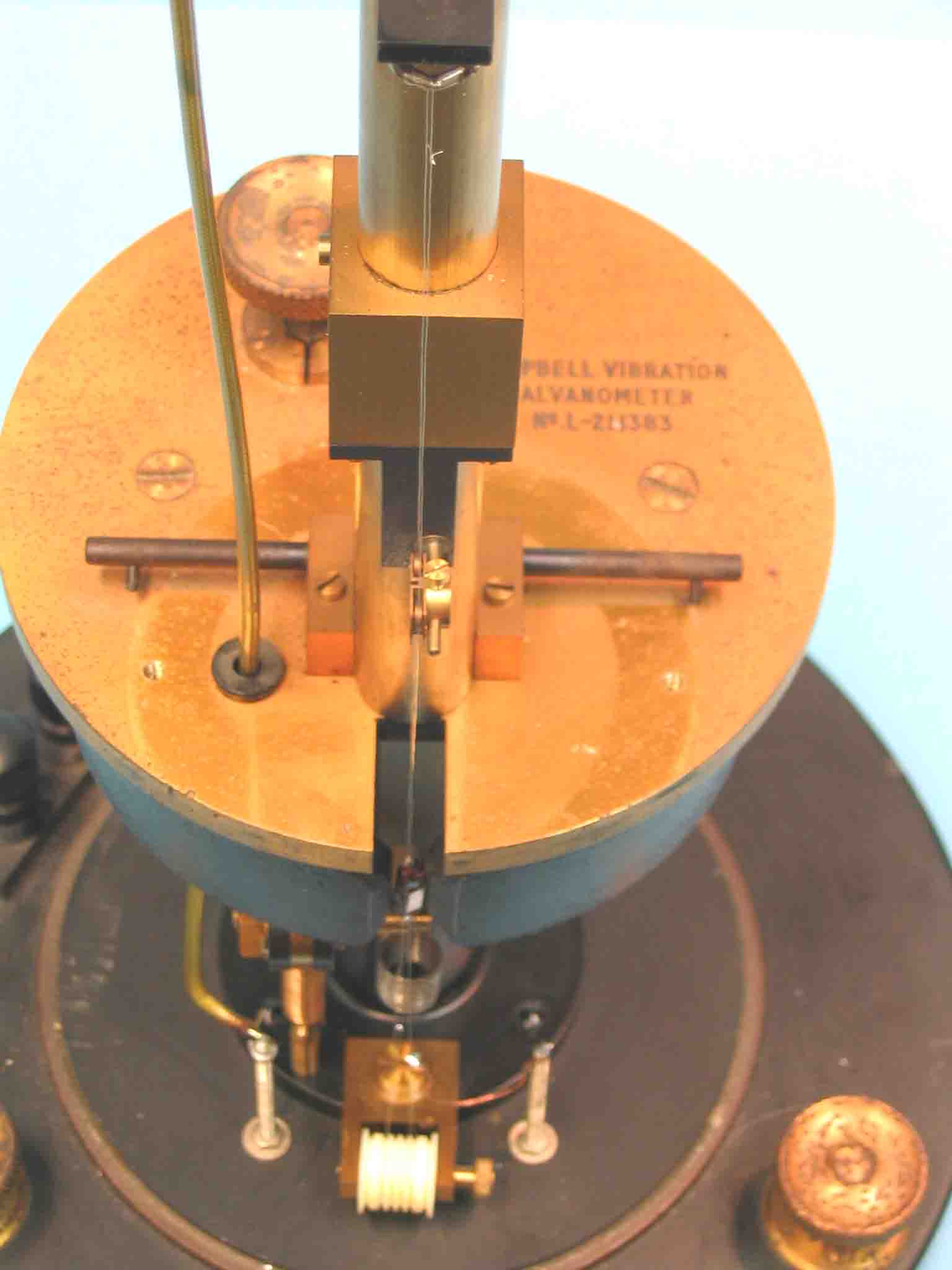