The first German Naval Seetakt* radars (like the one used onboard of the "Graf Spee" in 1939) suffered from lack of sufficient transmitter power and mechanical reliability. The nature of vibrations onboard (war)ships can be of all kinds, but tremendous! The valves (tubes) employed were type TS1 and TS1a. The TS1a differed only as to fit better in the electrical arrangement, which consisted of a push-pull self oscillating stage, by means of interchanged base pin configuration. The Gema TS 1 is equal to the well known US doorknob valve (tube) type 316a. These species were very popular in pre- and early war-years. Though, they suffered from rather delicate internal (mechanical) construction and limited power ratings. Nevertheless, various worldwide manufacturers dealt with it. Gema replaced this module by a much more powerful (and reliable) PA stage type TU106 (shown very below), employing a pair of TS6 triodes, providing 8 kW antenna power, instead of only 1.5 kW by the device shown next. (*Seetakt = Seetaktisch, may be translated "Navy Tactical") 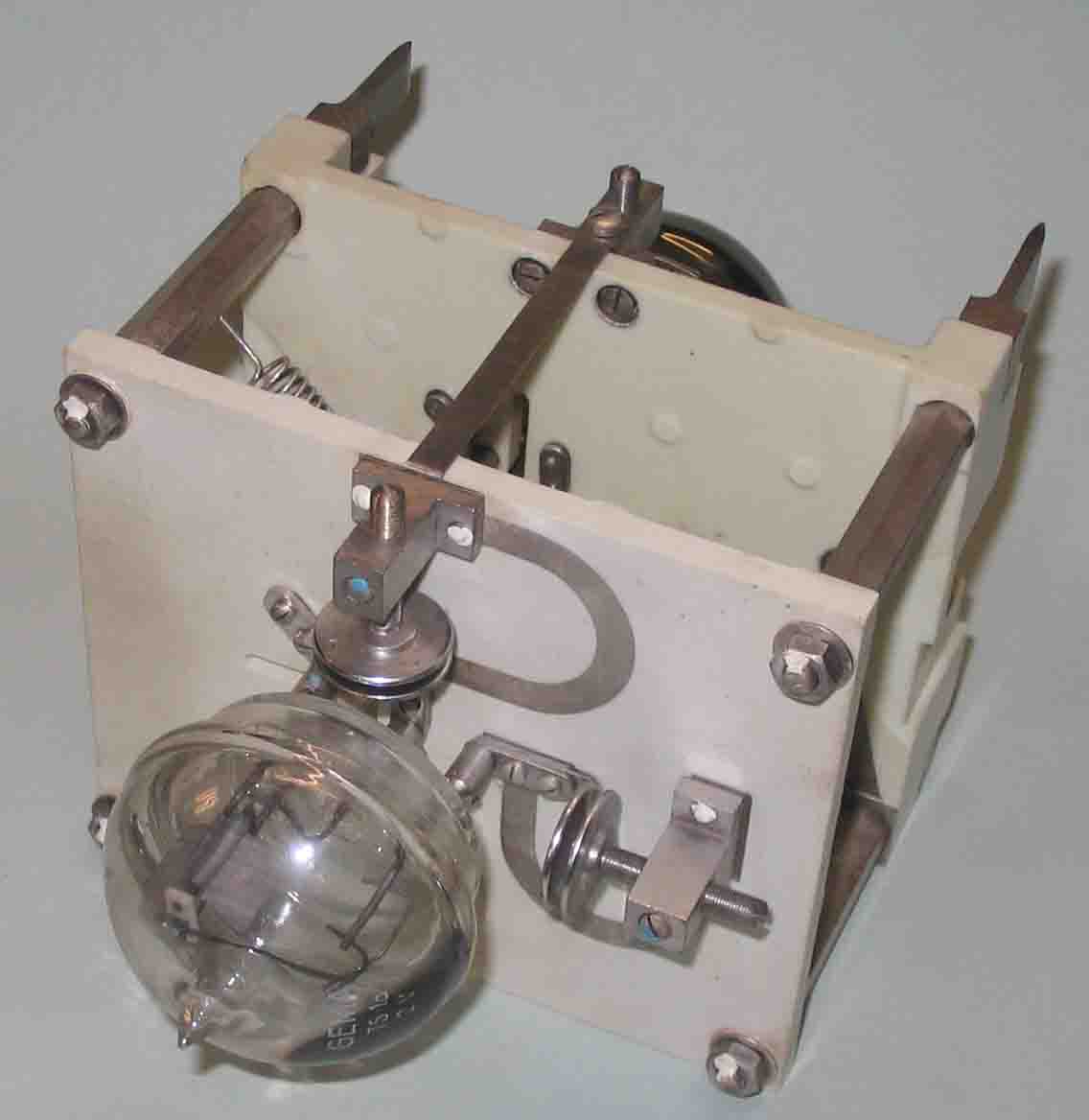 The grid and anode tuning trimmers are clearly visible. The silver inductors are "deposited" at the ceramic (Calit?) carrier (printed circuits)

Visible is, the output circuit between both push-pull sections 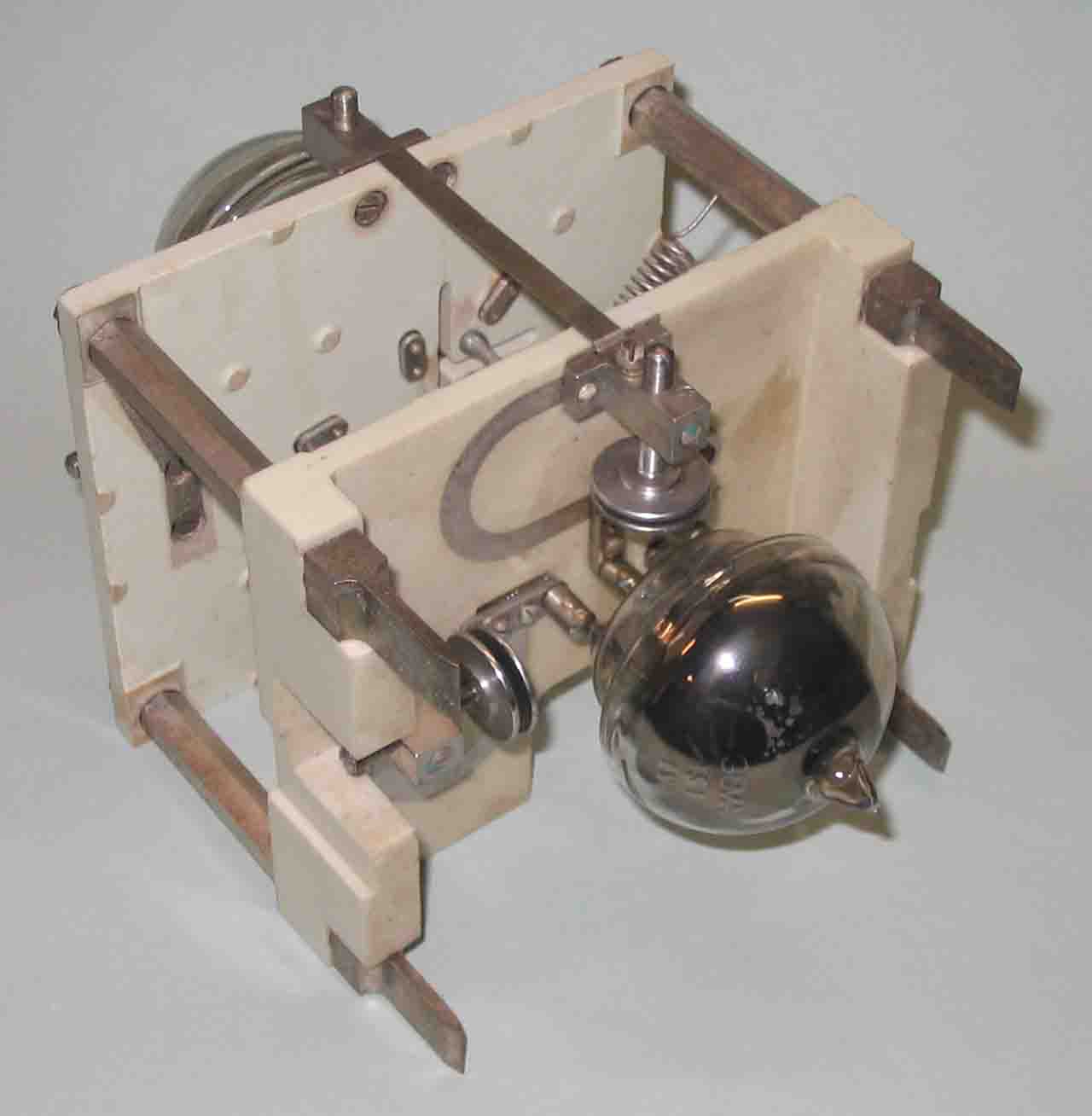 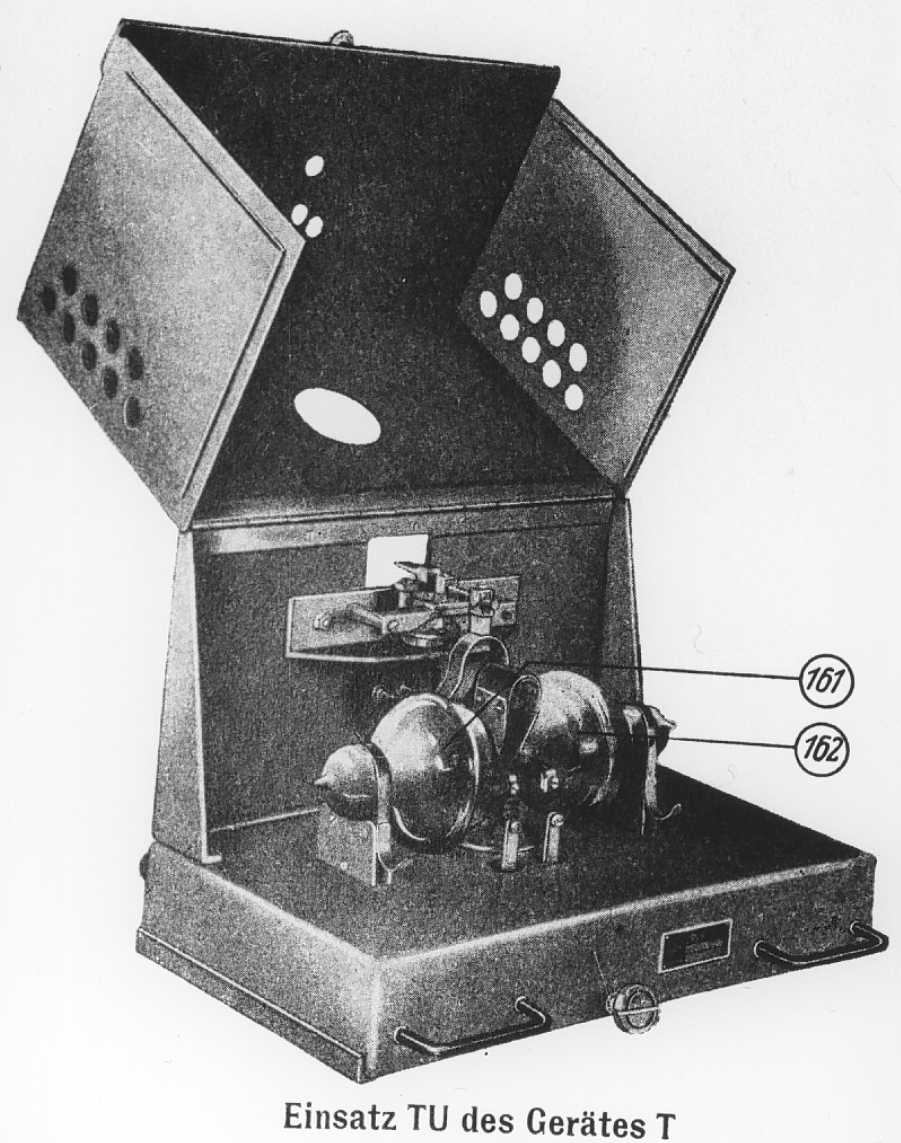