Such a device is quite rare. This may also be due to, often occurring, early decomposition of the zinc component (content) of the (die-cast) housing module.

These test sets were mainly used by special maintenance units behind the frontline. Its purpose was: to provide an easy way to check sensitivity of receiver and transmitting power of Torn. Fu. type bf1 (Tornister Funkgerät bf 1)( E 3 - 6.6 MHz, S 3 - 5 MHz).

The Torn. Fu. bf 1 (also know as: b1) transceiver was widely employed in frontline communications, especially by artillery observer units.

A friend of mine who was, for some time, involved in Torn Fu b 1 operations, told me that he never had seen such a test gear before. He suggested, that it must have been used by special maintenance (repair) groups, probably since 1943. The (minor) serial number 520, might indicate that it was produced in restricted quantity. 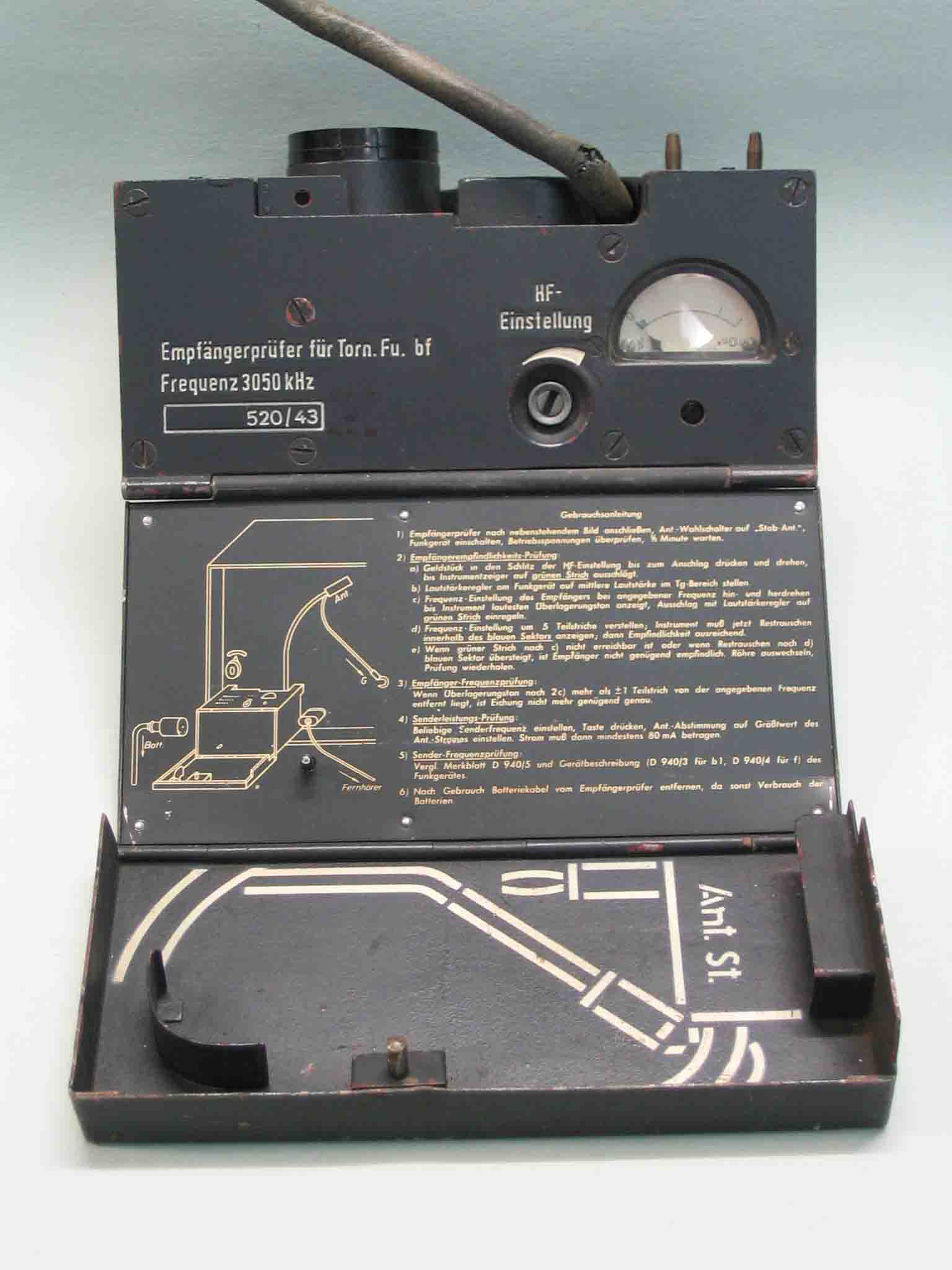 It provides a quartz-controlled test signal at 3050 kHz. It also allows measurement of transmitting power. 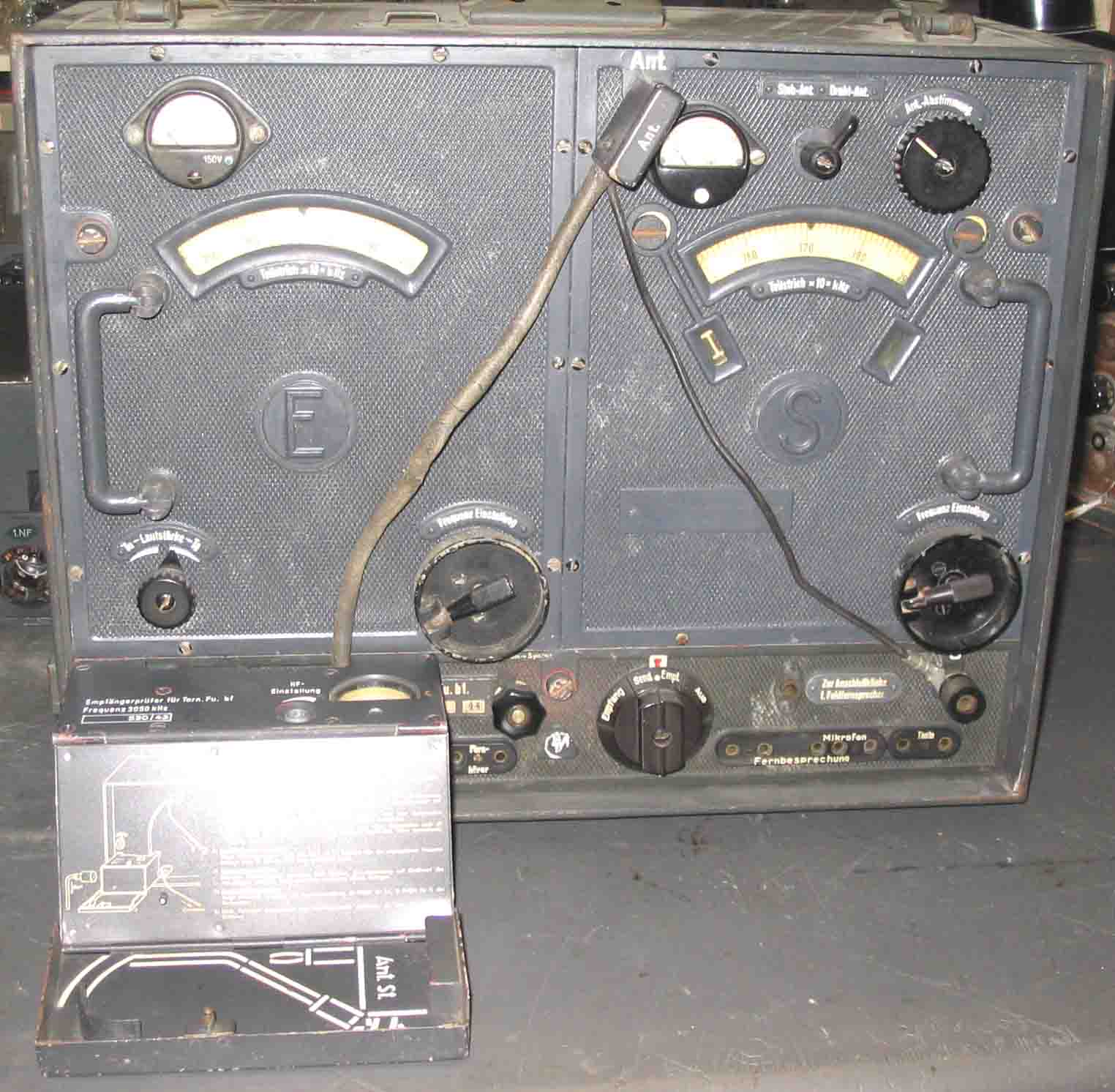 Its operation was designed to be "fool proof". To connect (install) the Funkprüfer, the power-cable had to be disconnected from the b 1 set (pulled out of its socket). The Funkprüfer has to be plugged into the Tornisterfunkgerät bf 1 power-connector, instead. The power-cable  should  then be plugged into the socket of the Funkprüfer (on the left-hand side of the test unit, not visible). Providing power onto both, the regular Tornister set and the Funkprüfer device. The headphone (Fernhöhrer) output (one out of two) of the Torn Fu b 1 set, is automatically connected (linked) with the test apparatus. The antenna plug of the Tornfunkgerät b1 (or bf 1) is "loaded" and connected onto the test unit (Empfängerprüfer Ton.Fu. bf 1) (cable plug being marked "Ant.", consider the previous photo) 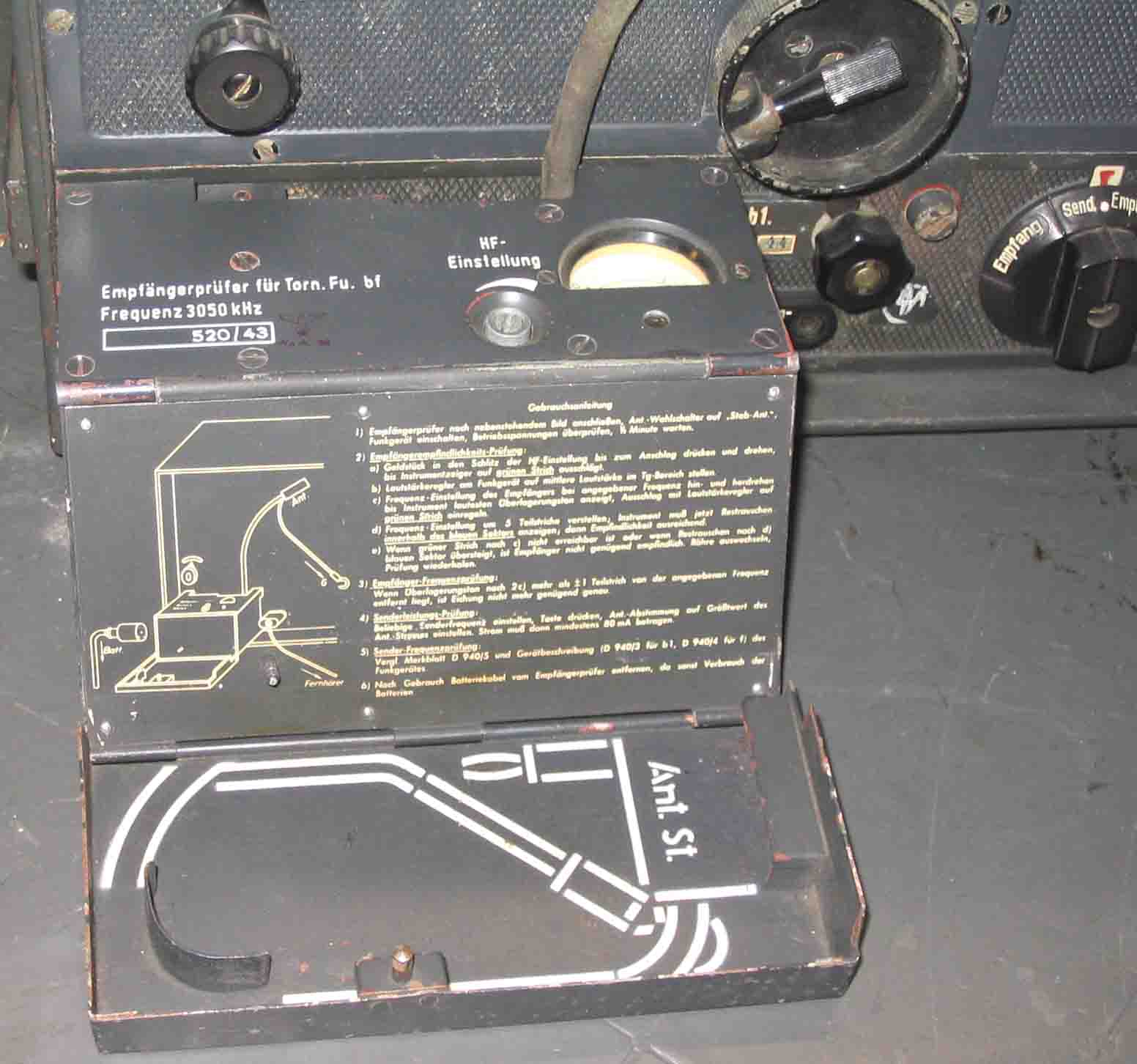 The instructions on the cover-lid are self-explaining (St. = Stecker = plug).