The first one showing the state of affairs of about 1938.

The second one has been taken in late 1980s. 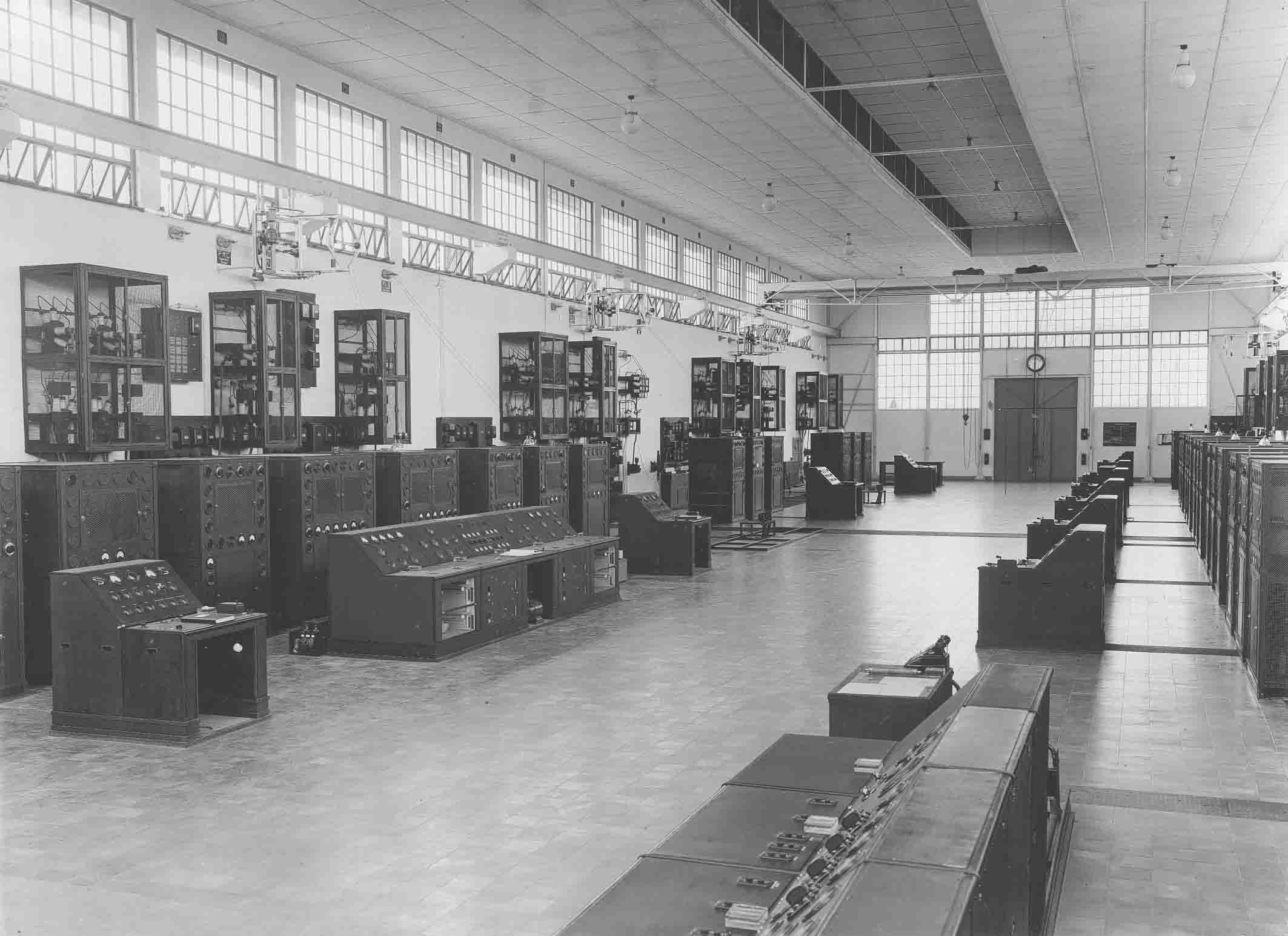 The aluminium frame constructions mounted on the wall, are in both photos good recognizable. Be it, that the Dutch colonial PTT kept all systems in an immaculate state. 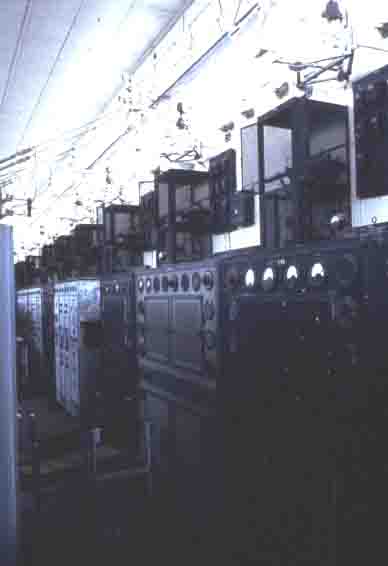 However, we still can recognize the typical shape of transmitter technology of the 1930s

Back to: Dijkstra - Malabar