Designed by the C. Lorenz Company. This apparatus had been manufactured by the Telegrafica company of Czechoslovakia (during WW II this country was occupied by the Germans). To some extent, the transmitter has a similar design concept as the FuG 10 transmitters (MOPA and variometer tuning). Be it, that the RL12P35 had been replaced by the more sophisticated LS50 valves (tubes). It covers longwave and three shortwave bands.

This set might have been manufactured 1942-1944. There are strong indications that it was used until the 1950s.

Left we see the receiver (E); in the centre we see the transmitter; on the right-hand side we face the antenna-tuner. 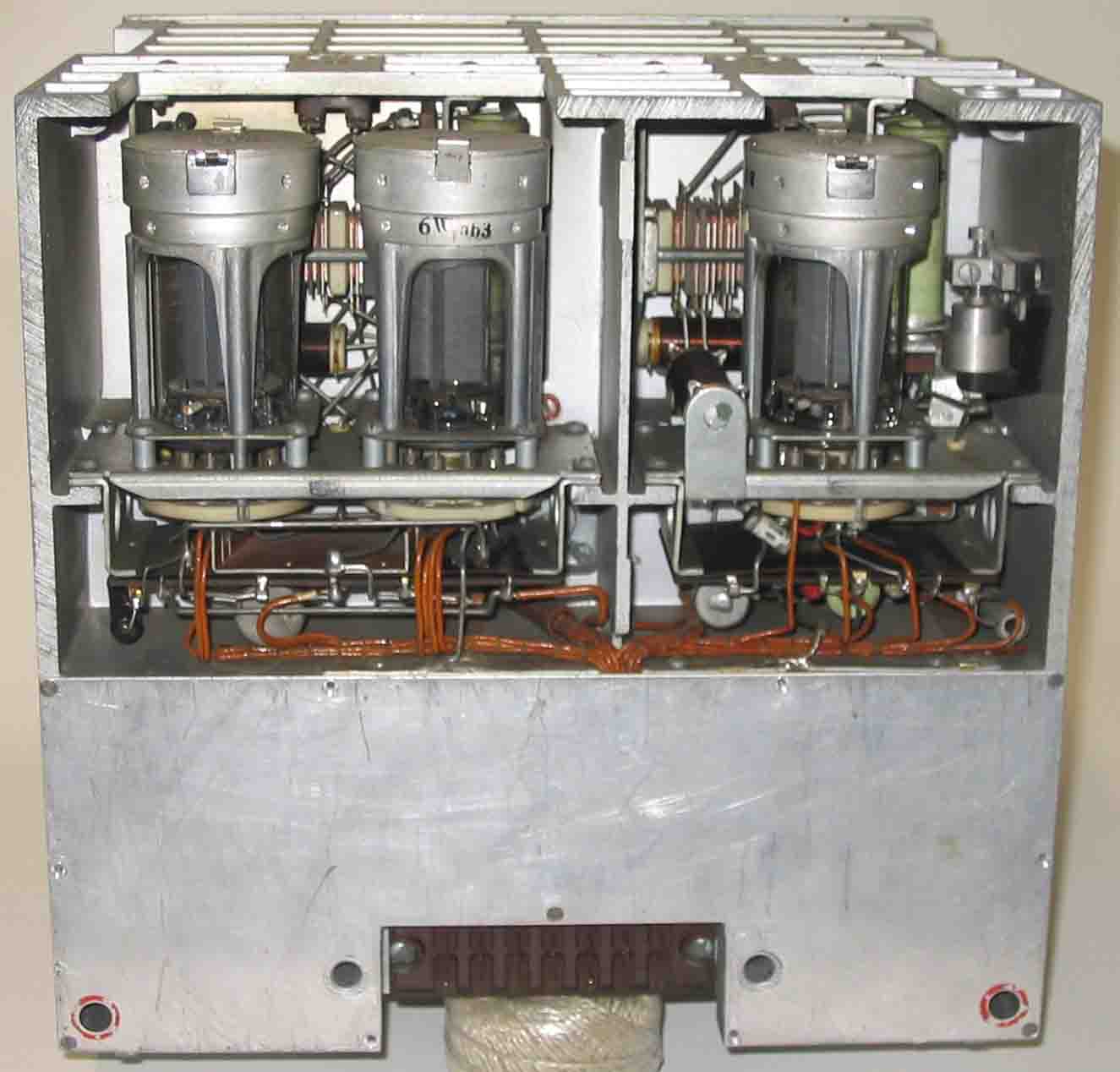 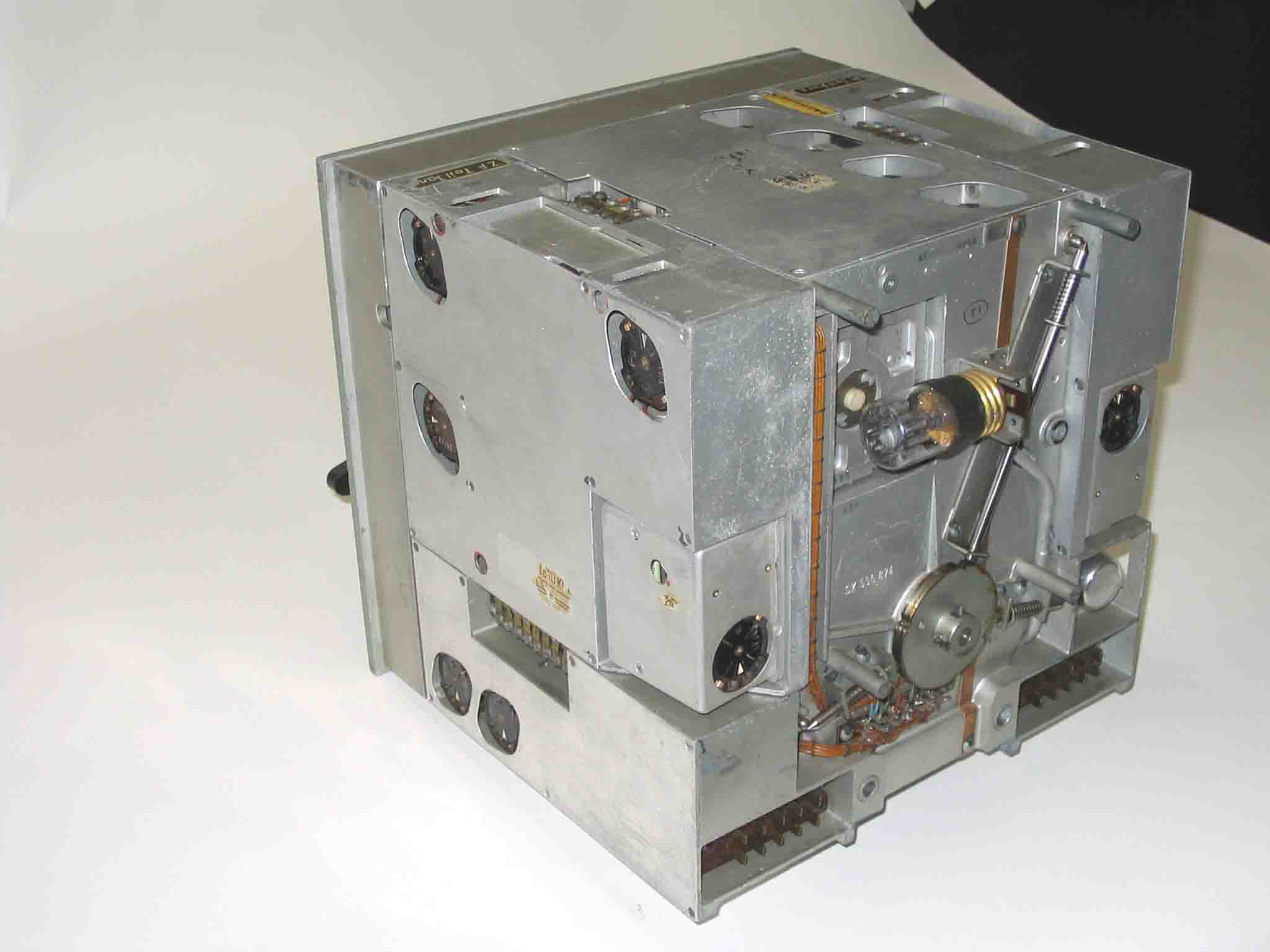 This combined Logwave and Shortwave receiver, has a very special feature. It employs two different IF stages (modules) (consequently, IF frequencies).
All receiver and modulator valves (tubes) are fit with type: RV12P2000 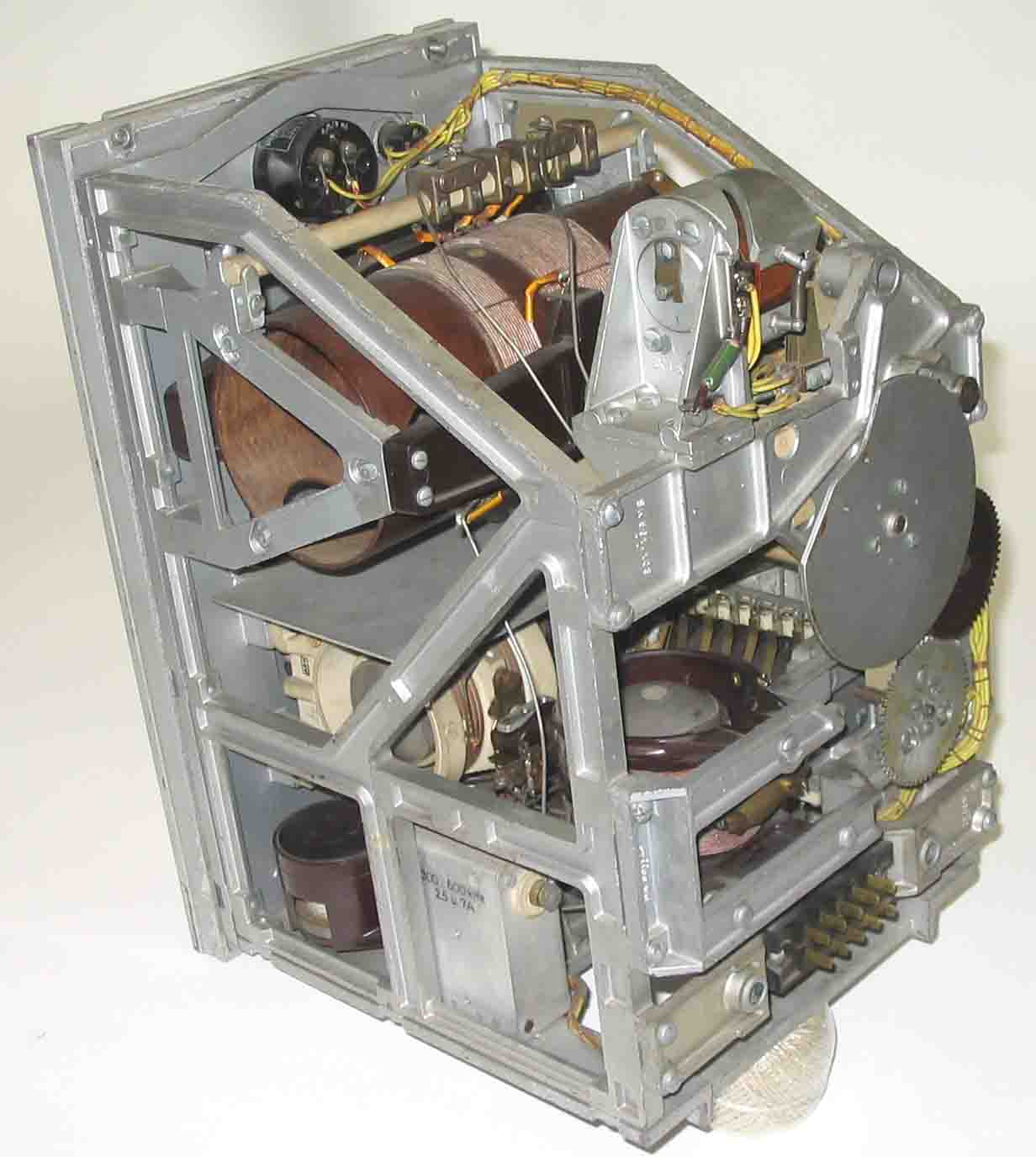 This antenna tuner could match most kinds of antenna impedances (for long and shortwaves). The variometers are all of the so-called “iron dust-core” type. The receiver has been coupled by means of iron dust-core transformers onto the antenna system.